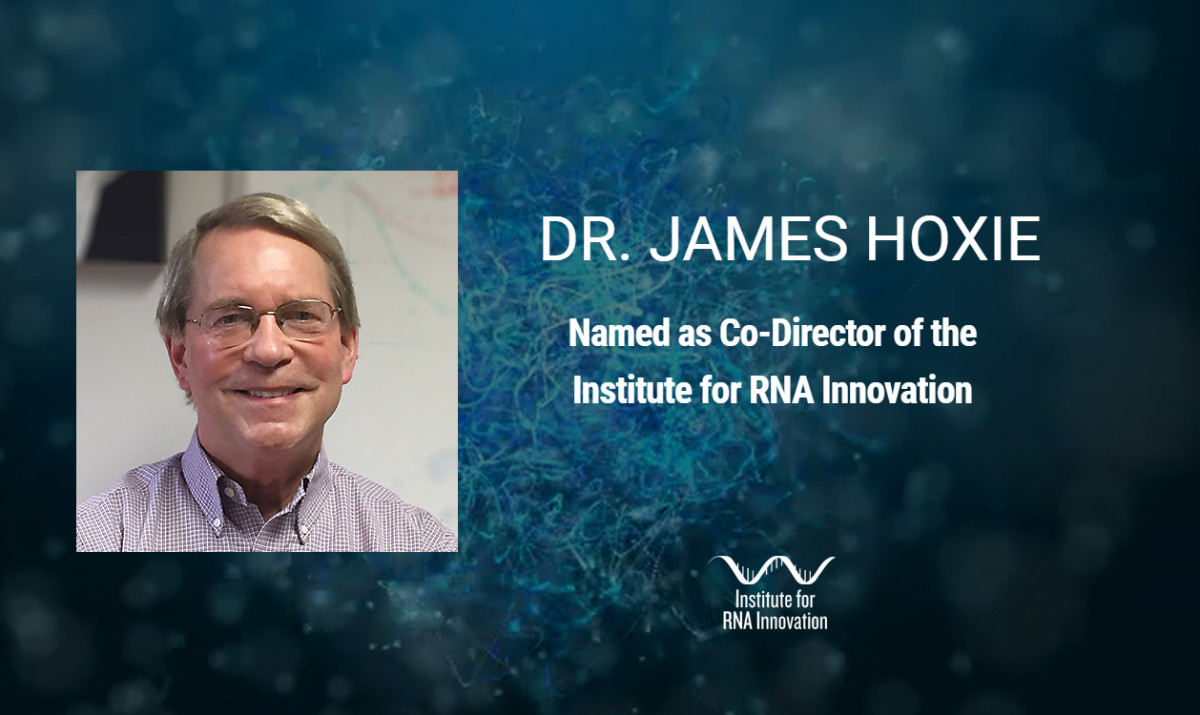 I am pleased to announce the appointment of Dr. James (Jim) Hoxie as Co-Director for the new Penn Institute for RNA Innovation, effective September 1. As Co-Director, Jim will provide leadership for our initiatives to further RNA research, training and knowledge-exchange across the University, Institute, and externally. He will consolidate and build on our strong track record of partnership development and deliver further growth by overseeing collaborative initiatives within and outside our campus.

Jim is a highly experienced, successful, and well-regarded doctor and scientist who has conducted continually funded NIH-funded research on the Penn campus for nearly four decades. As a Professor of Medicine in the Hematology-Oncology Division, he became an Emeritus Professor in 2020 and will rejoin the faculty as an Adjunct Professor of Medicine in the Hematology-Oncology Division at Penn Medicine. Since the beginning of the AIDS pandemic, Jim has been recognized internationally for his research accomplishments into basic mechanisms of HIV and SIV entry and interactions with CD4 and cellular co-receptors and understanding how the viral envelope glycoprotein contributes to immunodeficiency and evasion from host immune responses in viral pathogenesis. Jim has and continues to serve on and chair advisory committees in many academic institutions across the country and at NIH and the Bill and Melinda Gates Foundation. Jim is currently the Chair of international Conference on Retroviruses and Opportunistic Infections (CROI), which will be held in February 2023. In his role as an oncologist at Penn, Jim has had long-standing interests in interdisciplinary approaches to address the growing public health burden of HIV-associated malignancies. He also served as an attending physician on the HUP Oncology Unit since the early 1980s specializing in leukemia and bone marrow transplantation. Jim is perhaps best known at Penn for being the founding Director of the Penn Center for AIDS Research (CFAR), and he directed this Center for 17 years. The Penn CFAR, which brings together HIV/AIDS researchers across Penn, CHOP and Wistar, continues to be a national leader in basic, clinical, behavioral, and social sciences related to the ongoing AIDS pandemic. On a more personal note, Jim has been a longtime collaborator of my lab in areas focused on HIV vaccine research, and I very much look forward to his input as these studies continue within the Institute.

Jim’s experience across research, training, and knowledge-exchange, combined with his proven ability at identifying opportunities, developing partnerships, and leading initiatives, will help build on the Institute’s current success and the exciting future for basic and translational RNA research at Penn.